by Ehi
in User guide
Comments

Once a target has been captured in the Targets Manager, a base and an alternate must be designated accordingly. Any target can be the base and any target can be the alternate, but only two targets can be compared at a time. Start dates, durations, finish dates, floats, drifts, and total floats can be compared to determine the variance, if any, between the two targets. At least one target must be captured to generate the comparison.

NOTE: Any customization of the columns will lost upon closing and reset to that of the Targets Manager.

The list on the bottom displays the tabular comparison. As you click through the list, the canvas will be scrolled and the item spotlighted. For more info on how to turn off scrolling, see Enabling/Disabling Canvas Scroll in The Targets Managersection. 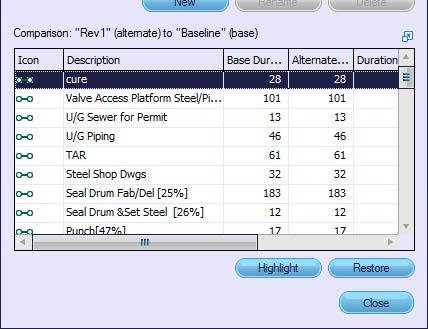 Any customization of the columns will lost upon closing and reset to that of the Targets Manager. 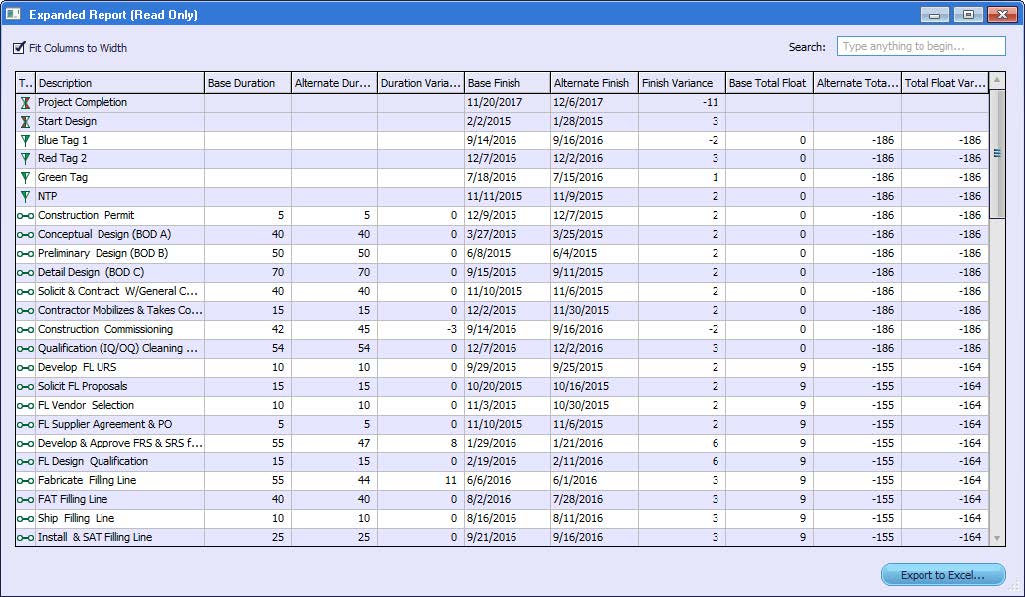